LAKE GEORGE, N.Y. –  The 2022 Adirondack Wine & Food Festival returned after a 2-year hiatus due to COVID, with over 6,800 people in attendance and an estimated $4.1 Million economic impact on the Greater Lake George Region.

The sixth-annual family-friendly wine and food spectacular sold out with over 4,000 attendees on Saturday June 25th, despite a weekend of unusually high temperatures.

“After two years off due to the COVID-19 pandemic, we weren’t sure what to expect; so we were thrilled when we sold out Saturday before the weekend hit, especially considering the 90 plus degree temps we had,” said Sasha Pardy, festival owner and co-owner of the Adirondack Winery (Presenting Sponsor) in Lake George. “I am so proud of the impact this event has on the economy of the Lake George region and our small family-owned producer vendors. I am looking forward to doing it bigger and better yet again next year!”

A post-festival attendee survey showed the Adirondack Wine & Food Festival brings an important demographic to the Lake George Region. With an average age of 44, this festival has broad appeal to all age groups. However, we are proud to report that the event draws a more affluent crowd to the region; 53% have a household income of $100,000 or greater.

The festival’s economic impact on the local region cannot be understated. Of the 6,837 total attendees, 89 percent either planned their trip to Lake George specifically to attend the festival or chose their dates based on when the festival occurred. That’s 6,084 people brought to Lake George because of the festival! Also important of note is that the festival brings new people – We introduced or brought back 2,740 people to Lake George who had either never been or hadn’t been back in 2+ years.

The festival also had a significant impact on the lodging industry in the Greater Lake George Region. The attendee survey found that 61 percent of ticket holders stayed one to 14 nights at an area lodging property, generating 10,044 room nights (based on single occupancy). People drove a long way to attend the festival, with attendees traveling from 33 states and 26.4% being from outside New York State.

The Culinary Tent got a huge revamp this year with 8 renowned area Chefs and Mixologists from the likes of Farmacy Restobar, Park 26, Cantina Saratoga, Hudson’s Private Chef Services & more. The performers competed head-to-head in a hidden basket competition both days and conducted hourly culinary or mixology demonstrations utilizing foods and craft beverages from festival vendors.

The Festival welcomed back Big Brothers and Big Sisters of the Southern Adirondacks (BBBSSADK)for the third year as festival beneficiary.  Together, we raised nearly $23,000 ($22,967.08) through a portion of ticket sales revenue, the sale of Saratoga Water and Origin brand water bottles, raffle ticket sales for baskets filled with items donated by our vendors, and donations from our generous attendees.

“WOW!!!  The festival patrons stepped up to the plate to help our kids this year in record numbers!” says Bill Moon, CEO of BBBSSADK. “We raised almost $23,000 to help secure mentors for the 152 youth currently on our waitlist; every child deserves a mentor, and the Adirondack Wine & Food Fest is helping us make that a reality. These funds will make so many opportunities and experiences possible for the children in our community. Our most heartfelt appreciation to our partners Adirondack Festivals for their continued dedication to our community and those who need us the most. Cheers to everyone & we can’t wait to see everyone next year!”

The 2022 Adirondack Wine & Food Festival was held Saturday, June 25, and Sunday, June 26, at Charles R. Wood Festival Commons in the Village of Lake George. The At-Gate ticket price was $45 and included a souvenir wine glass for wine tasting, a complimentary program, and festival bag.

90% Planned their trip or chose the dates of their trip to Lake George specifically to attend the festival.

78% Ate or drank at a local bar or restaurant.

Founded in 2014, Adirondack Festivals LLC is based out of Queensbury, N.Y., and owned by Sasha Pardy, who is also the co-owner and president of Adirondack Winery, the presenting sponsor of the Adirondack Wine & Food Festival.  The festival is held annually, the last weekend of June, at the Charles R. Wood Festival Commons in Lake George, N.Y.

About Big Brothers Big Sisters of the Southern Adirondacks: 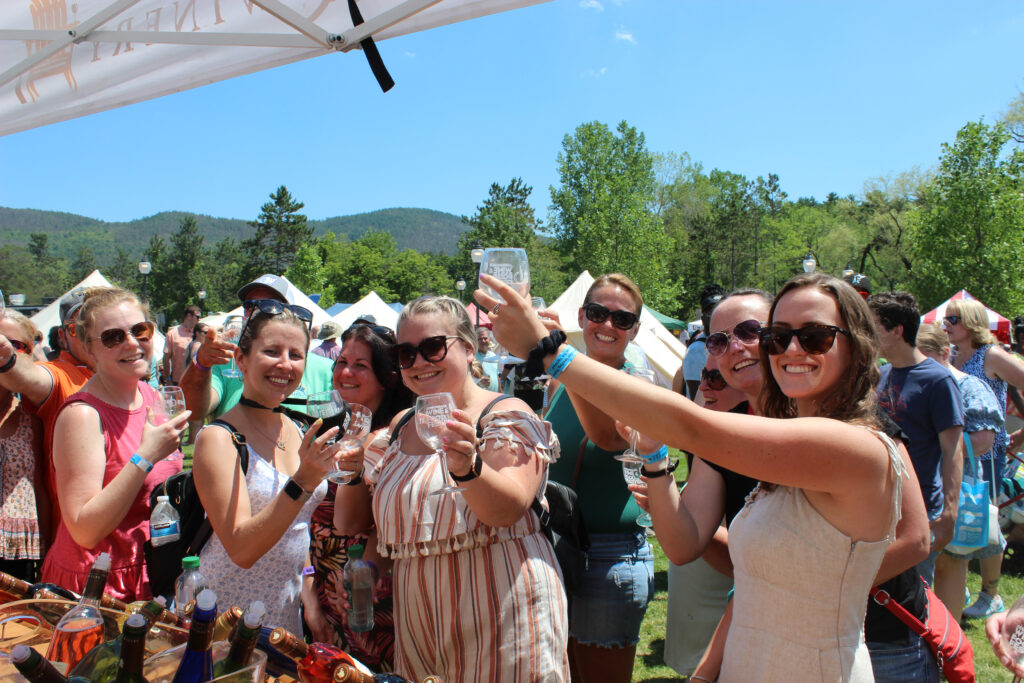 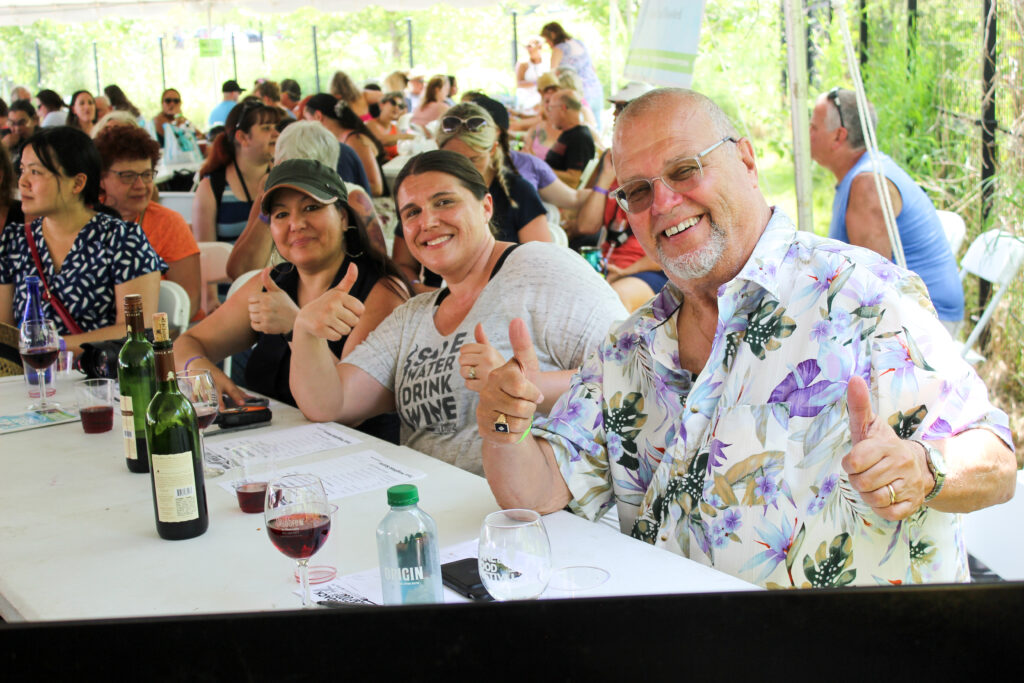 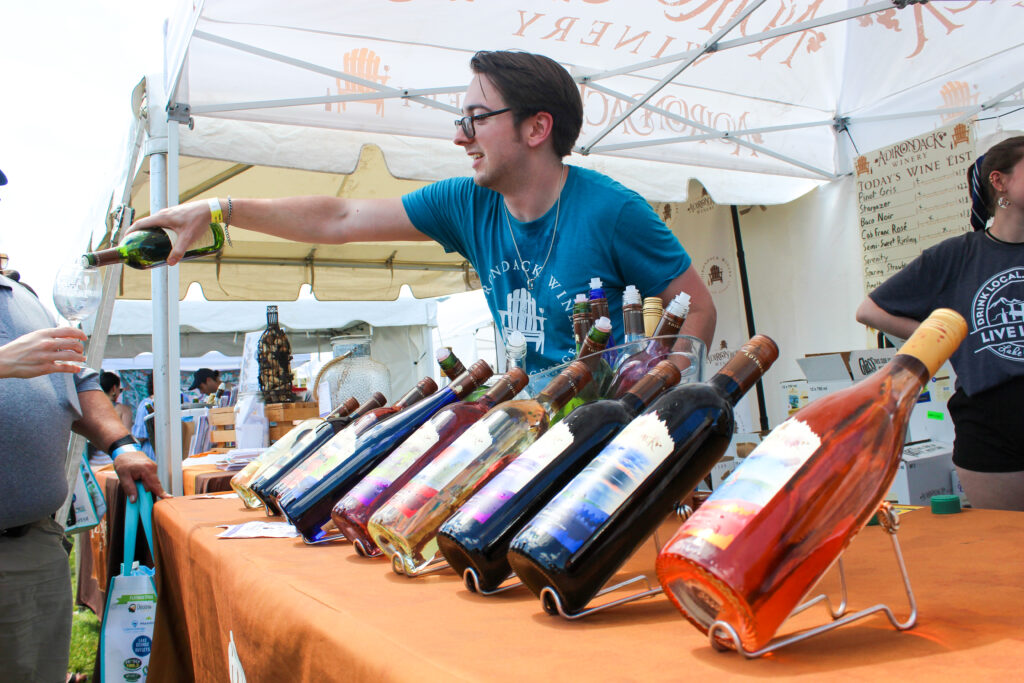 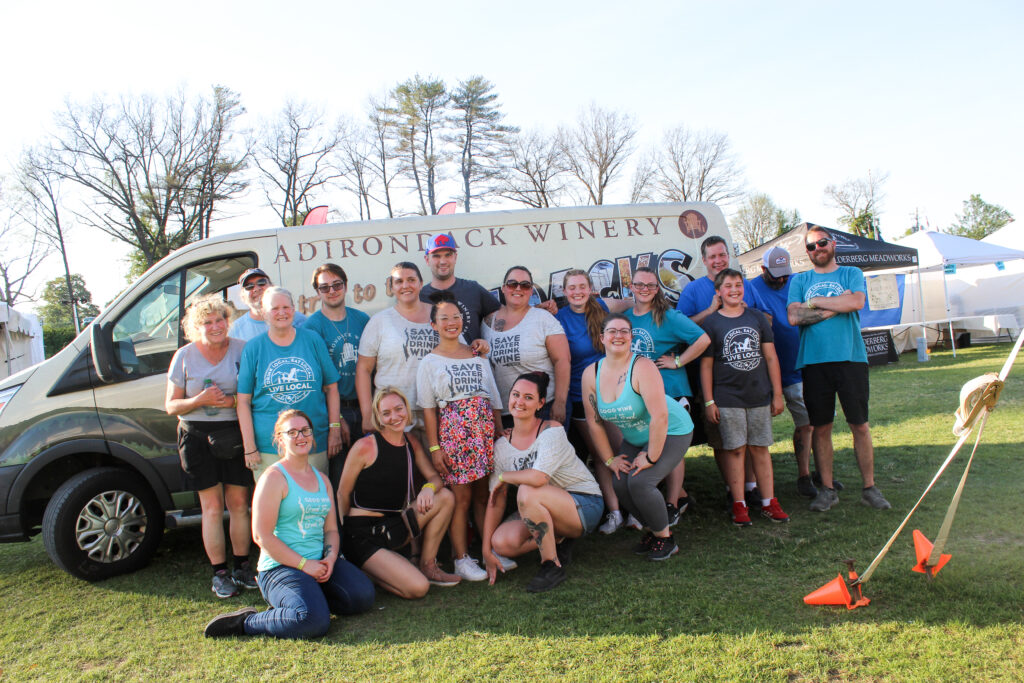 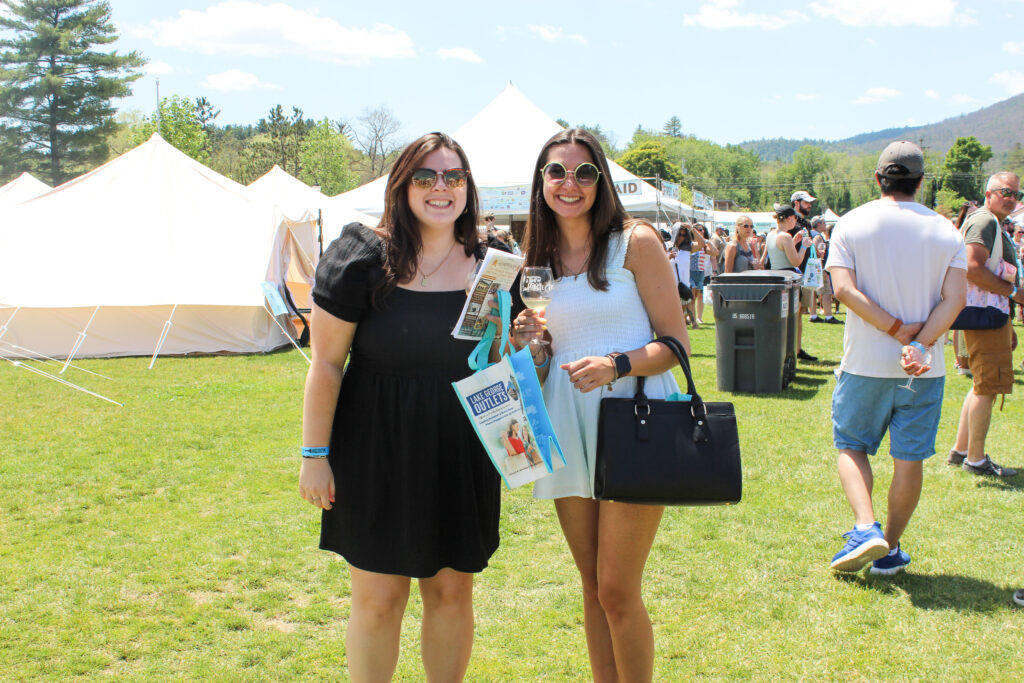 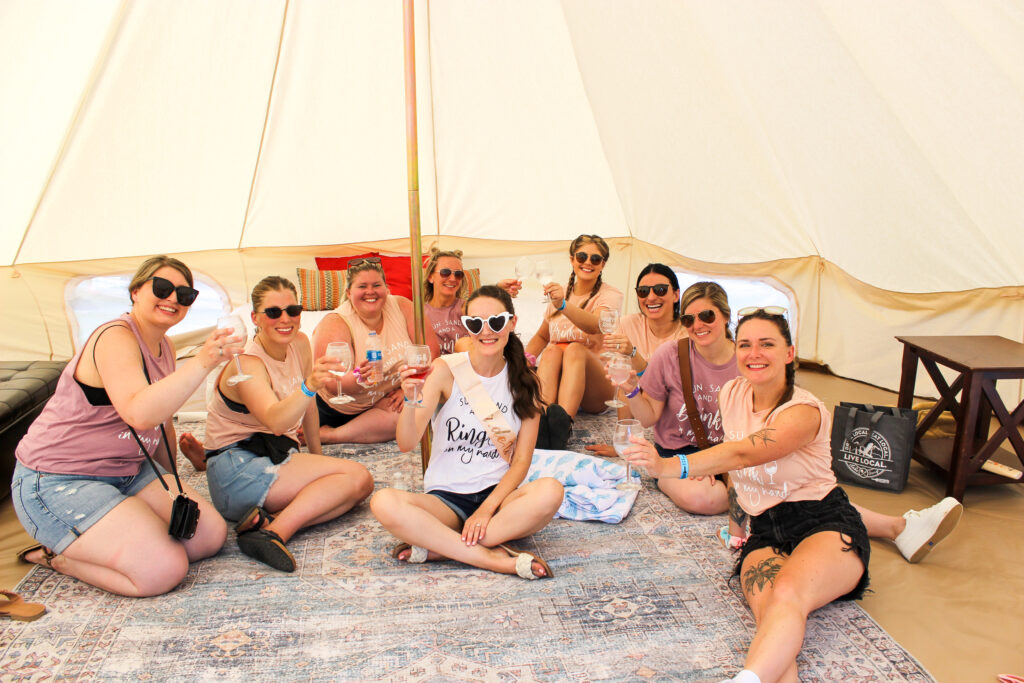 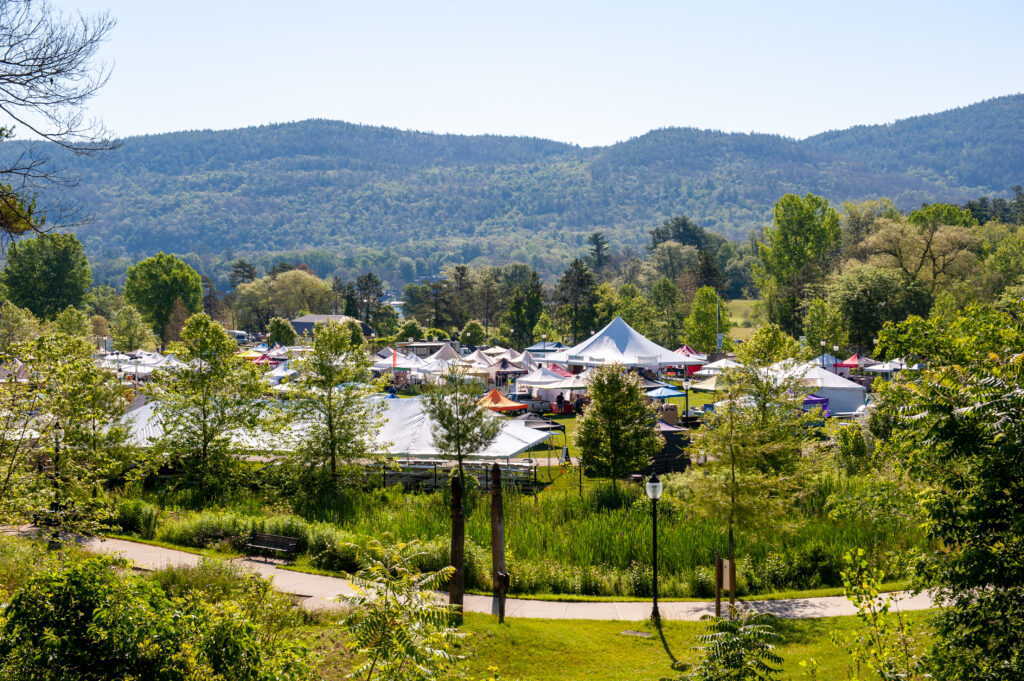 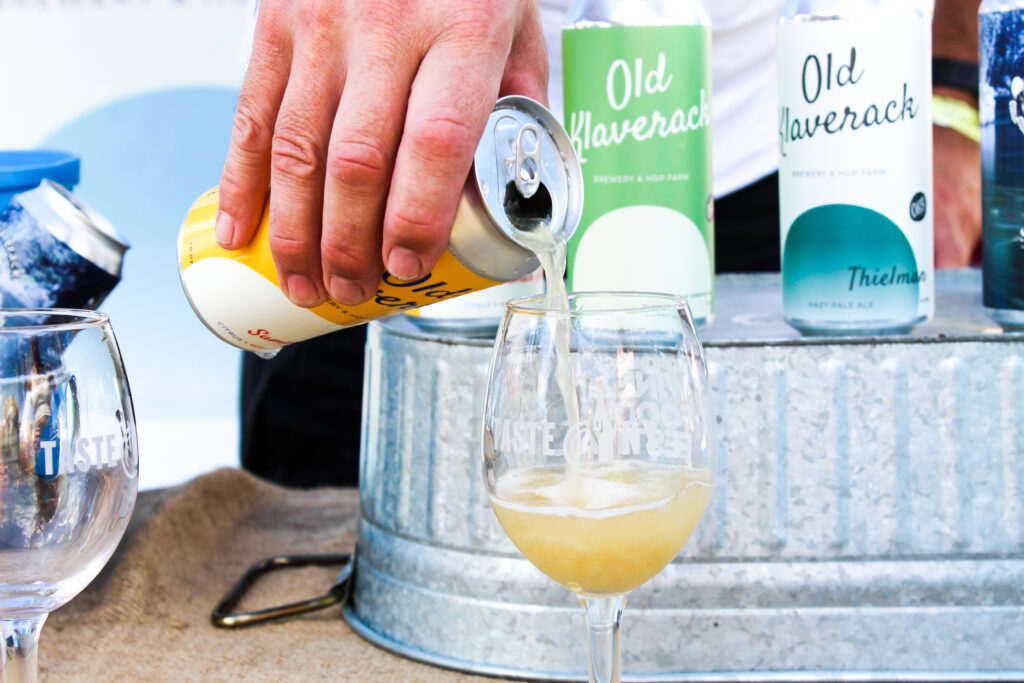 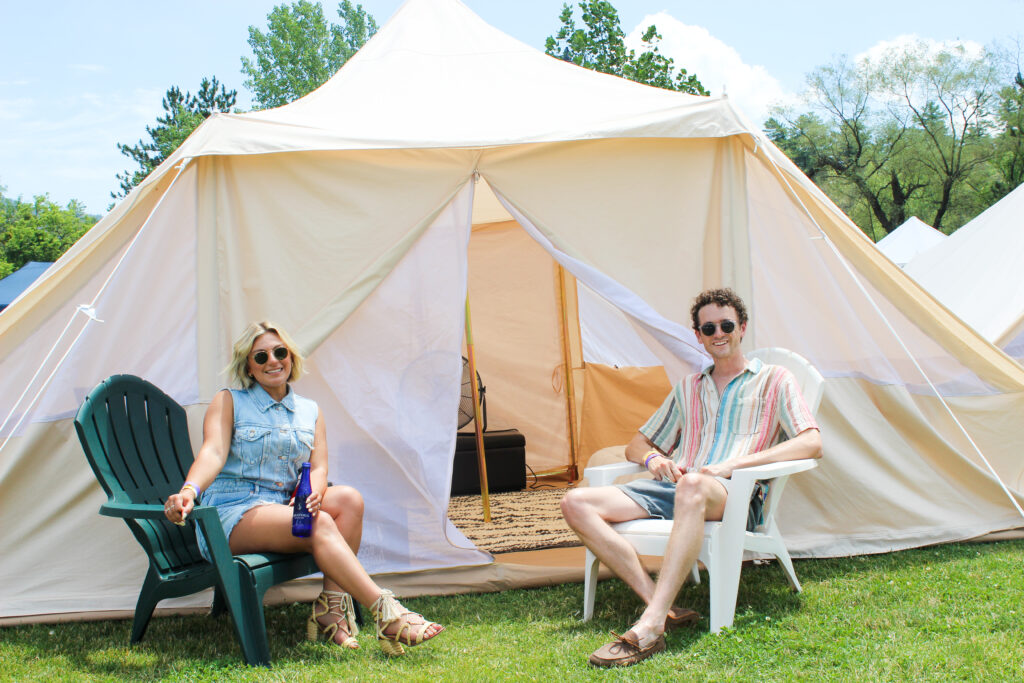 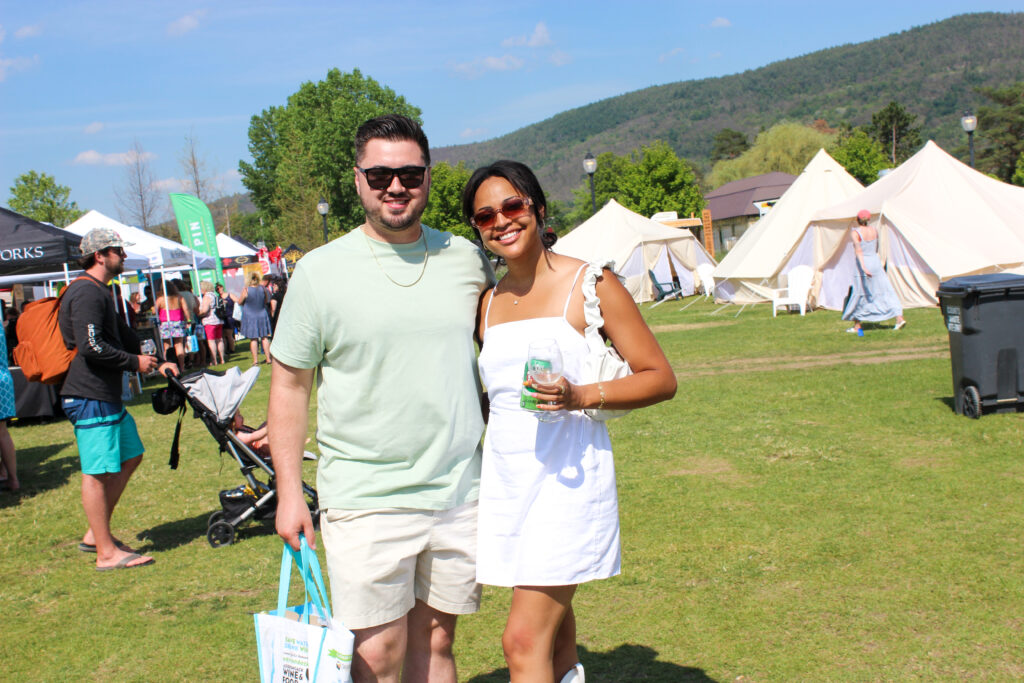 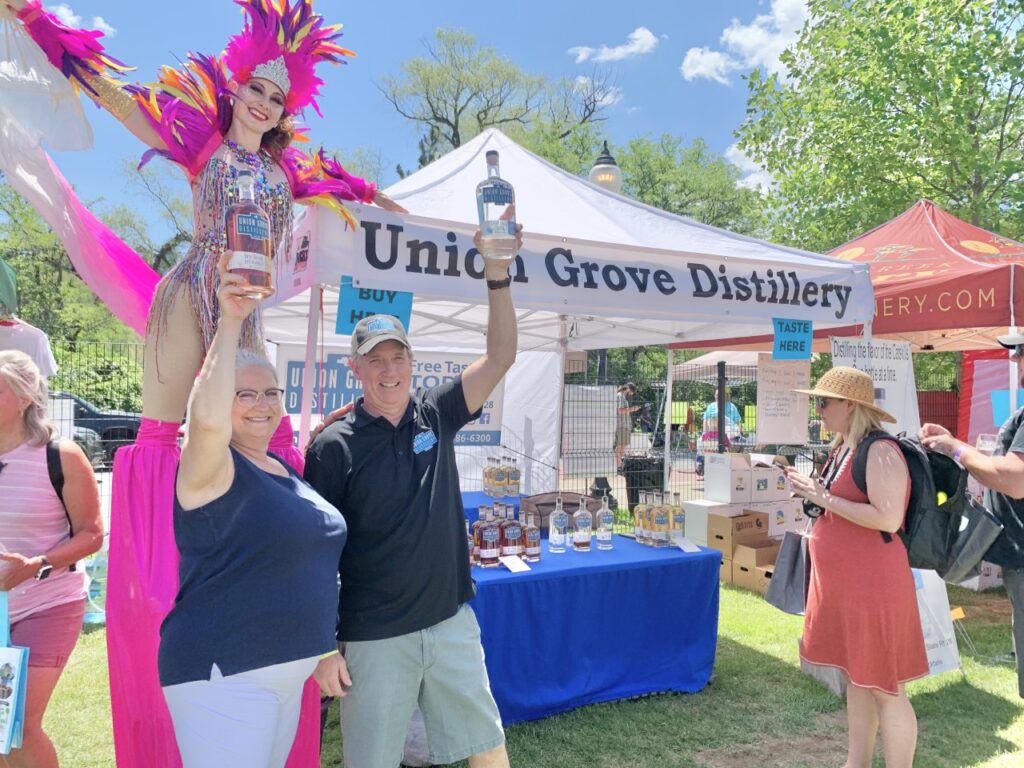 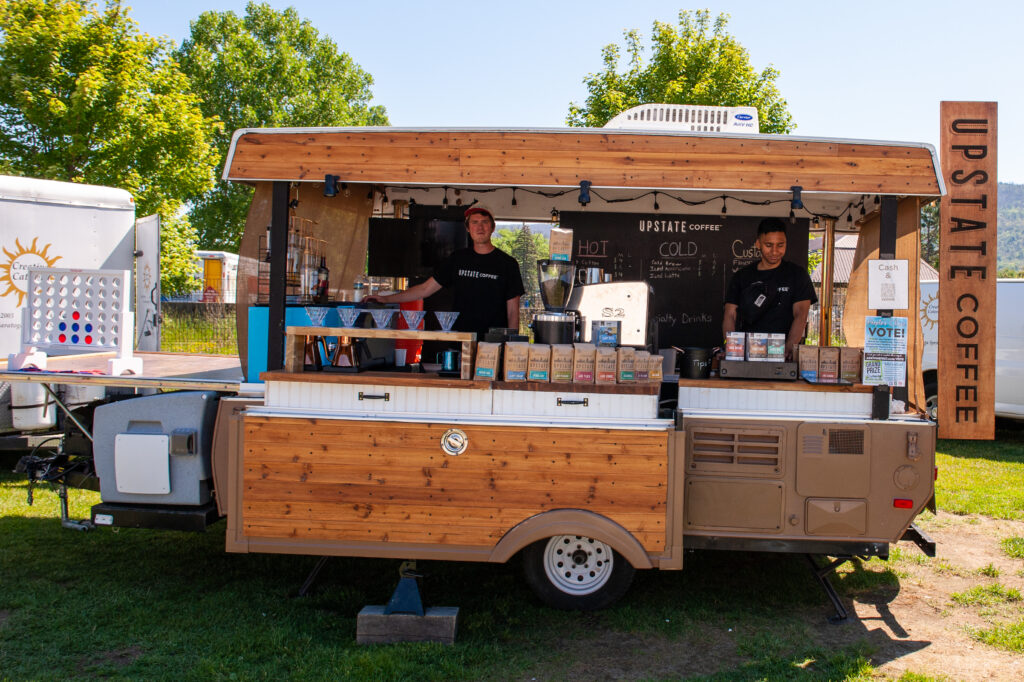 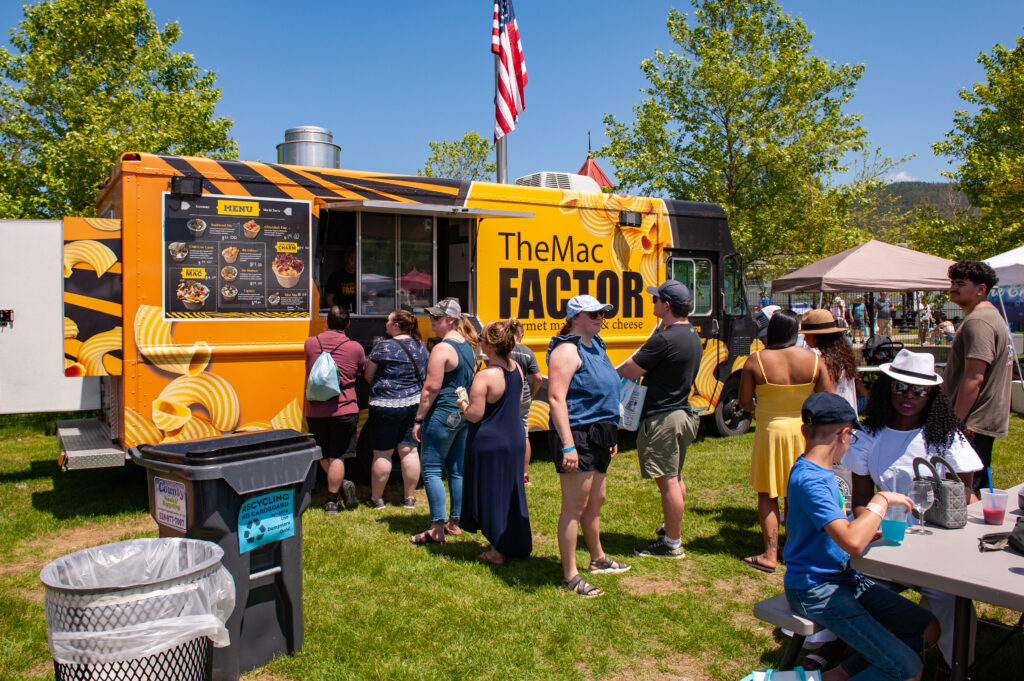 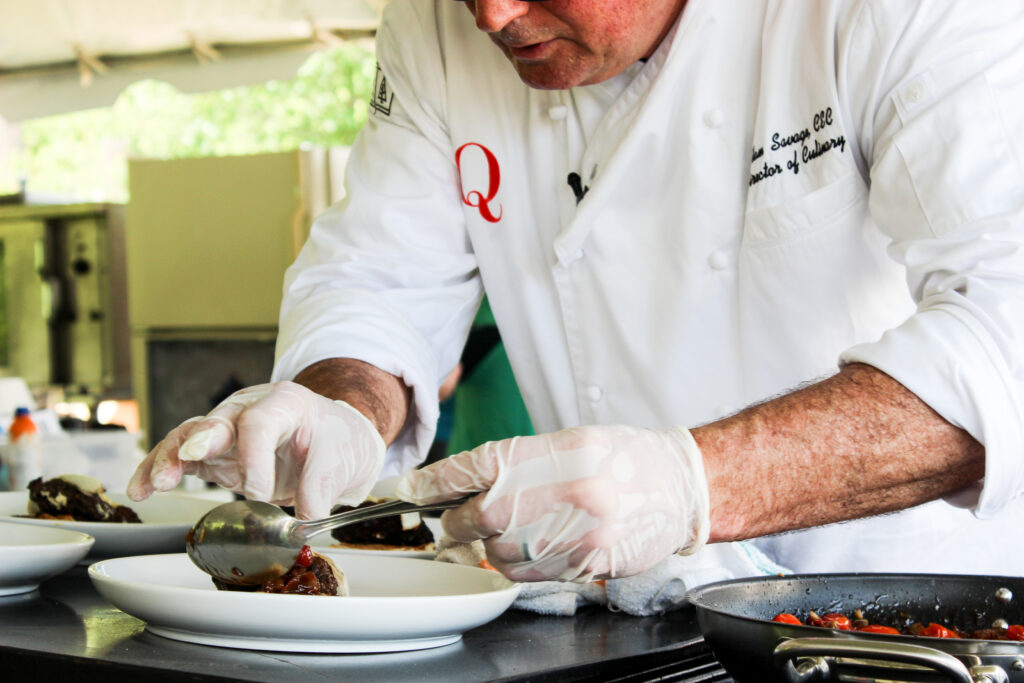 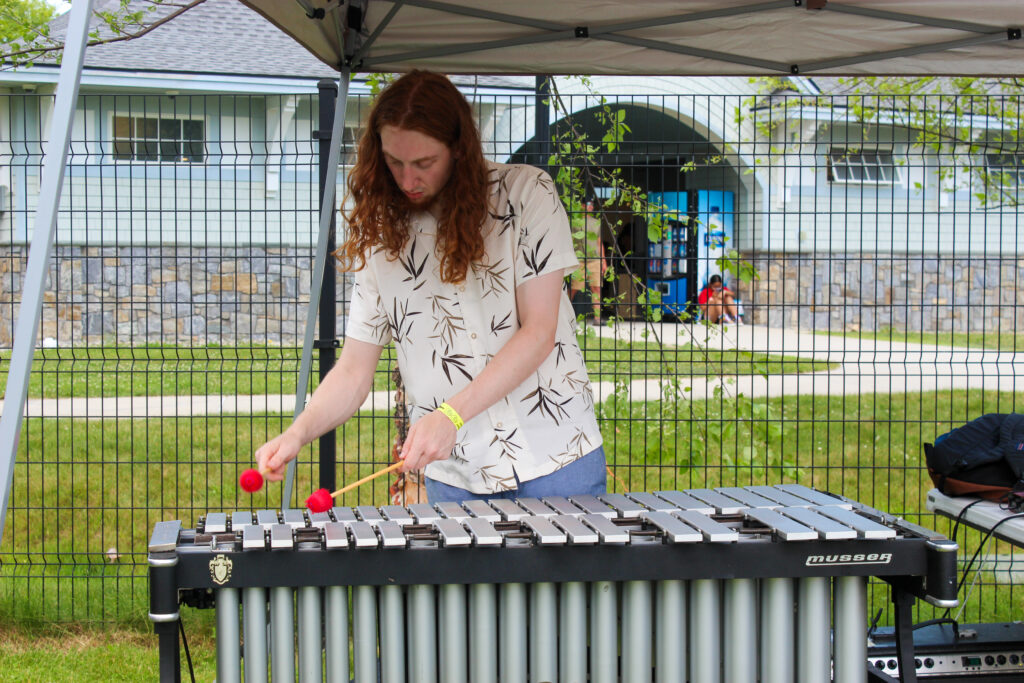 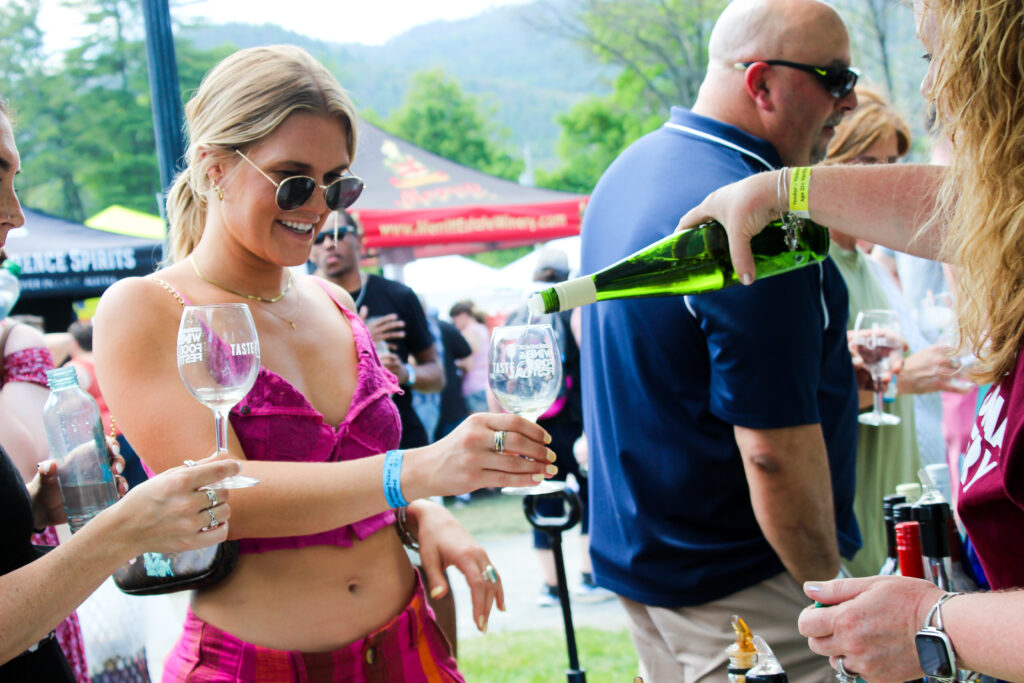 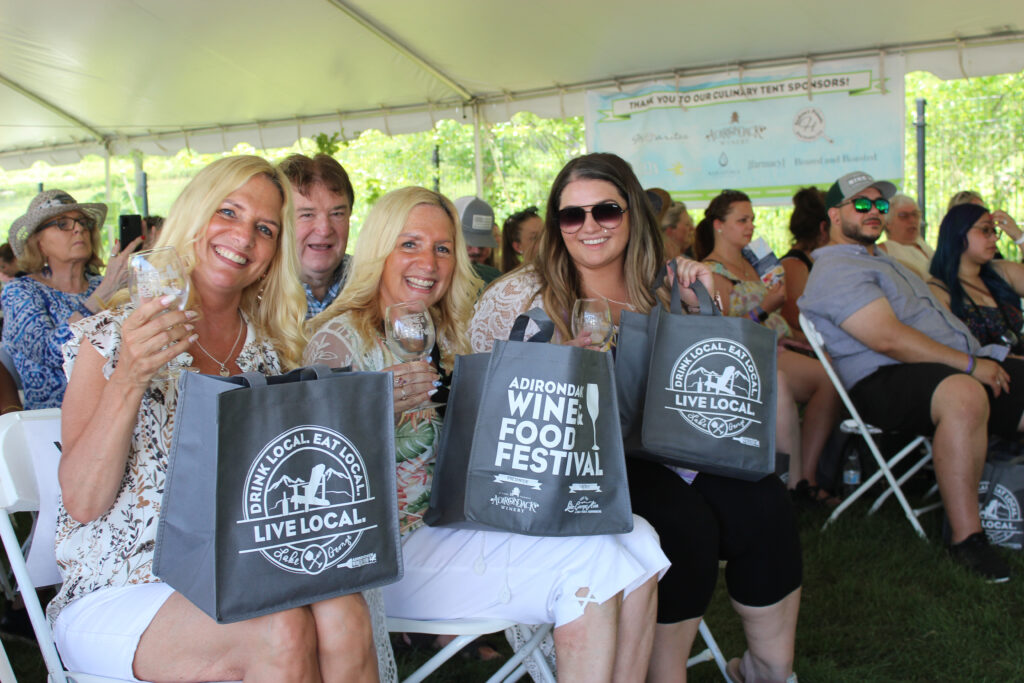 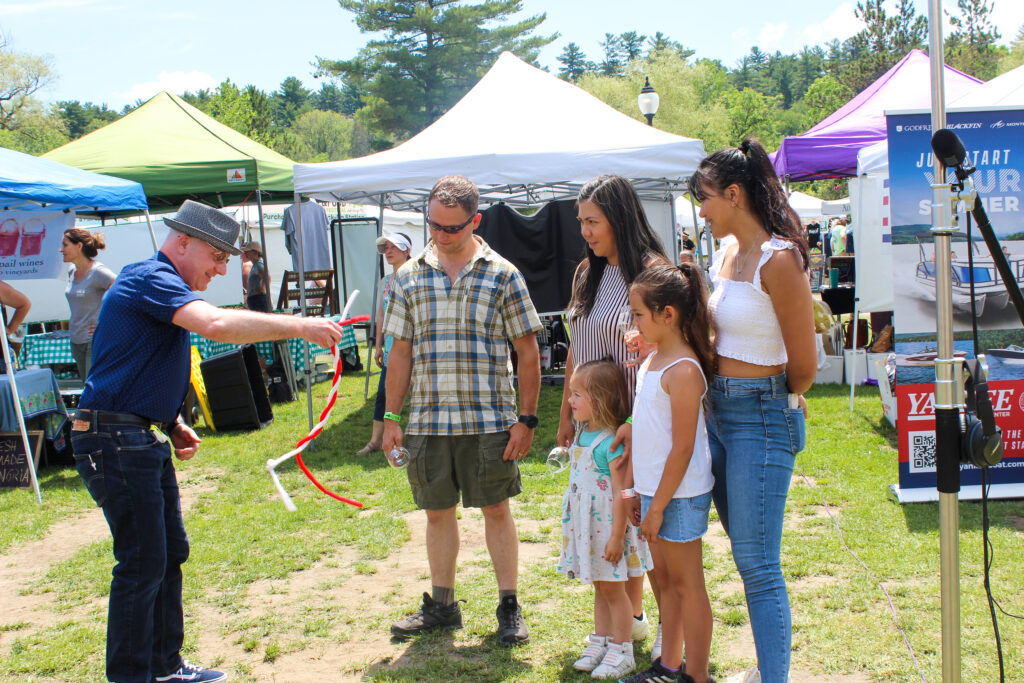