(LAKE GEORGE, N.Y.) Celebrating half a decade in operation, the 2019 Adirondack Wine & Food Festival will return to the Charles R. Wood Festival Commons in Lake George for two days of remarkable wine and food experiences on Saturday, June 29 and Sunday, June 30.

This year’s festival is also expected to shatter the previous attendance record for the Charles R. Wood Festival Commons – a record set by last year’s festival, which brought more than 6,300 visitors to Lake George and had a 1.87 million economic impact on the greater Lake George area, perennially one of the state’s most popular summer tourism destinations.

“Our festival keeps growing and that gives us a better opportunity to highlight more of the amazing wines and foods New York state has to offer,” said Sasha Pardy, festival owner and co-owner of the presenting sponsor, Adirondack Winery in Lake George. “We have worked so hard to bring new and improved experiences to both days of this year’s festival and we are so excited to bring those aspects to new attendees and our most passionate and loyal guests who travel to the Lake George area year after year for our event.”

In order to encourage Sunday attendance to locals, the festival has added a full schedule of Sunday activities, including an “Iron Chef”-style culinary competition under the festival’s culinary tent between Finger Lakes celebrity chef – and festival favorite – Chef William Cornelius and Chef Colin Miner, executive chef at Park 26 inside the Queensbury Hotel in Glens Falls. Also, on Sunday, festival attendees can buy tickets to get crafty with an hour-long painting session guided by Sip & Canvas of Glens Falls and wine glass candle making with Wax ‘n’ Wix of Lake George. Additionally, Barkeater Chocolates of North Creek will conduct two wine and chocolate educational pairing sessions with Adirondack Winery on Sunday.

The Culinary Tent – sponsored by Marcella’s Appliance – offers culinary demonstrations prepared on Big Green Egg Grills conducted by Chef William every hour, all weekend long, including limited free samples of the foods prepared. Additionally, local bartenders will demo wine cocktail recipes featuring Adirondack Winery wines and spirits from festival vendors. Plus, guests can experience something from each of the 11 food truck vendors by purchasing their featured $4 menu items created just for this event.

Two festival sponsors are putting on unique ancillary events for the weekend. The Lake George Steamboat Company is offering Adirondack Wine & Food Festival-inspired dinner cruises aboard the Lac Du Saint Sacrament June 28-30 at 6:30 p.m. and will feature a wine-infused menu and signature local craft beverage drinks for purchase. The Queensbury Hotel will also offer a wine dinner on Friday, June 28 at its Park 26 restaurant, giving festival attendees even more reasons to make a weekend out of their festival visit.

The festival has a huge impact on the hotel industry in the area with 56 percent of attendees staying one to 14 nights in the Lake George region, according to the survey. Festival guests also visit local businesses like Adirondack Winery, Adirondack Brewery, the Factory Outlets of Lake George, Lake George village shops and more.

Guests can also utilize a convenient Drop-Off / Pick-Up Tent, where they can store their purchases until they are ready to leave. This tent will be larger this year than previous years and will be run by Big Brothers Big Sisters of the Southern Adirondacks, who has been named the official festival beneficiary for the second consecutive year.

Volunteers from Big Brothers Big Sisters will help make sure everyone stays hydrated with water for sale and the group will raise funds through the sale of festival merchandise and raffle baskets. A portion of all ticket sales will be donated to the local organization, which has helped children throughout the Southern Adirondacks for more than 40 years by pairing them with caring adults who help put them on the path to success. Last year the group raised over $11k through festival fundraising and bigger goals are set for this year.

“We are thrilled to once again be named the beneficiary of the 2019 Adirondack Wine & Food Festival,” said Bill Moon, executive director of Big Brothers Big Sisters of the Southern Adirondacks. “It is through community-focused partnerships like these that we create lasting change for our residents. Funds raised will provide local children facing adversity with positive role models and mentors that can help set them on a path for success. Every child has potential and it’s our job to defend that potential. We are proud to be defenders of potential with the Adirondack Wine & Food Festival!”

One-day tickets start at $38 (discounts available when bought in advance and tickets do sell out) and weekend passes and VIP packages are also available. Designated driver and tickets for guests ages 16-20 are only $15. Admission for children younger than age 15 is free. There will be a children’s activity tent sponsored by The Fun Spot on site, as well as the Lake George Skateboard Park and a state-of-the-art natural children’s playground located just outside the festival gates.

Founded in 2014, Adirondack Festivals LLC is based out of Queensbury, N.Y., and owned by Sasha Pardy, who is also the co-owner and president of Adirondack Winery, the presenting sponsor of the Adirondack Wine & Food Festival.  The festival is held annually, the last weekend of June, at the Charles R. Wood Festival Commons in Lake George, N.Y. It is generously supported by Warren County Tourism.

About Big Brothers Big Sisters of the Southern Adirondacks: 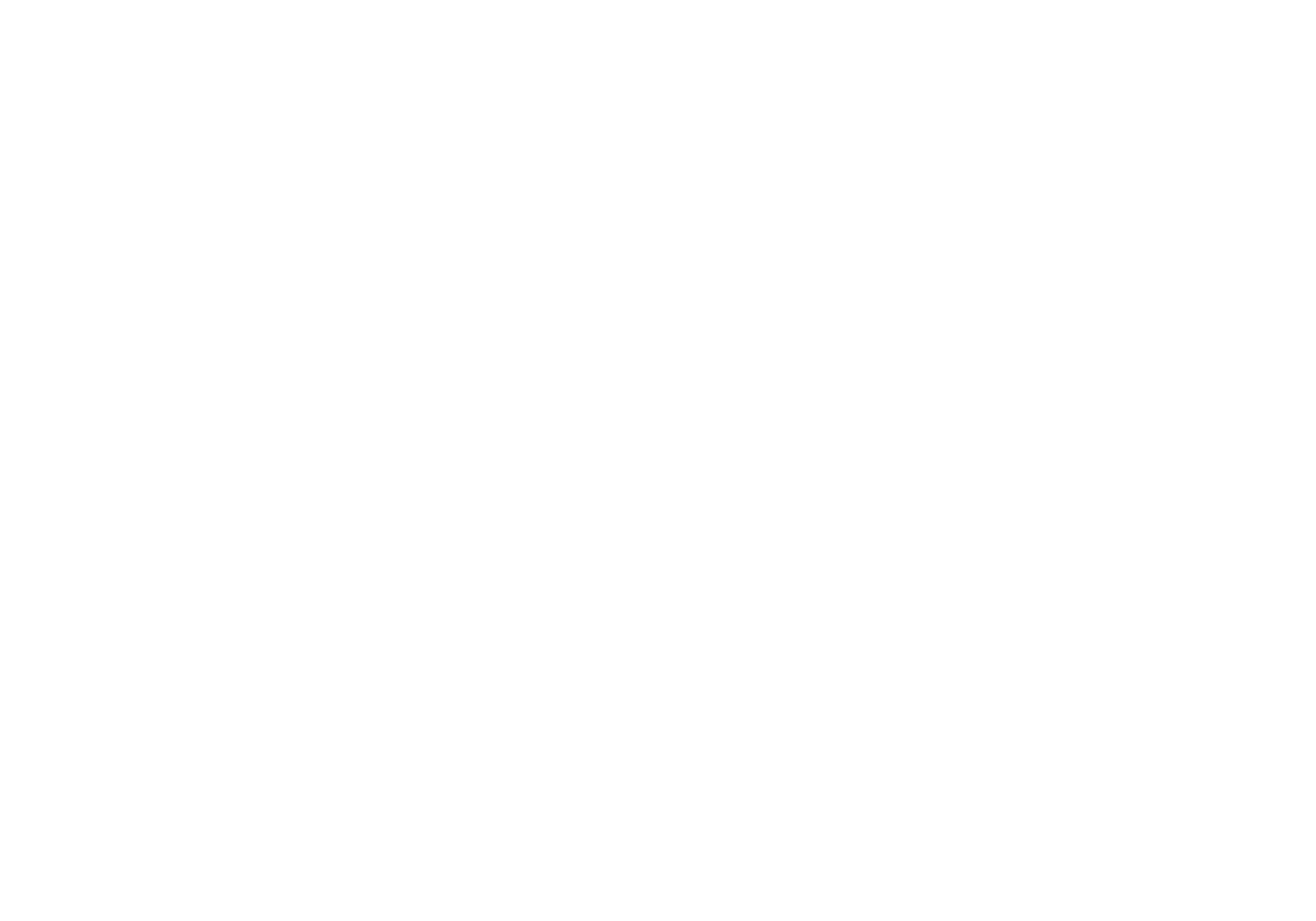 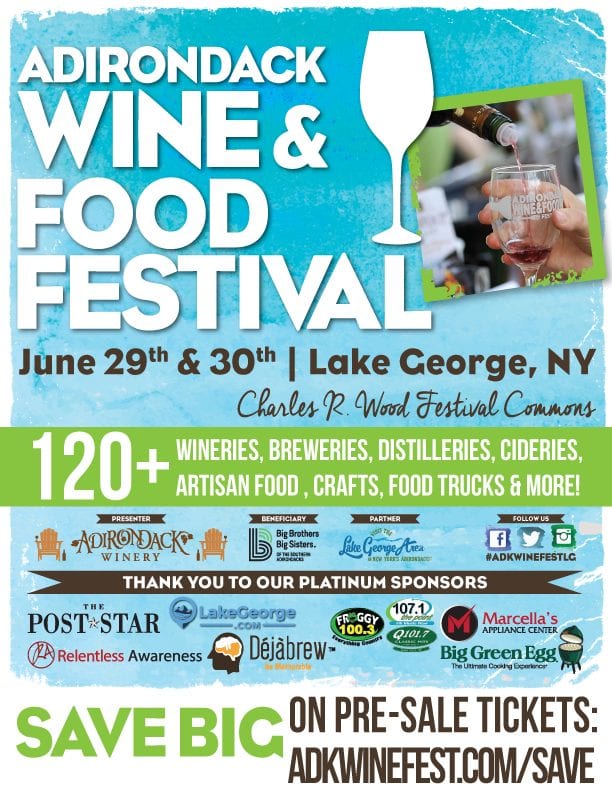